Room reverberation is of the utmost importance when it comes to orchestra production. Most producers employ convolution reverb, while other stick to parametric reverberators.
But, there is another way:

We ran a test that involved playing series of pre-recorded samples in a room with excellent acoustics.
We recorded the test and compared it with the digital reverb from a Lexicon 480L. The question we hoped to answer:

Using the re-recording method, is it possible to create a natural reverb that is more convincing than what could be produced from a premium digital reverb device?
The trial was conducted in the Wuppertal Stadthalle. The building’s Grand Hall is known for its excellent acoustics, which are considered among the best in Europe.

The dimensions of the Grand Hall: 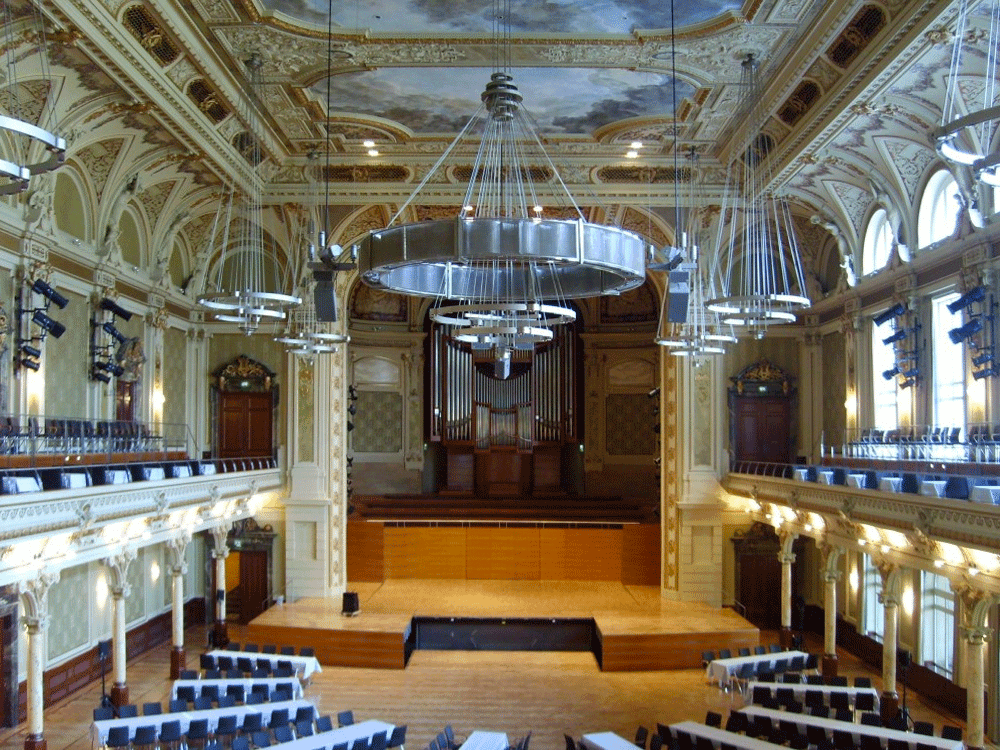 The music used for the trial:

Sebastian Kienel from Münster (University of Music Detmold) conducted the recording session.
The sound was very convincing despite the fact that speakers and recorded music samples were used.
The sonic experience was very authentic, similar to a live orchestra.
The different speaker arrangements proved to be an important factor to provide actual depth to the sound in the room.

Re-recording is a practical method that produces an authentic spatial acoustic.
The selection and even the blend of the different main recording microphones is certainly a key element and was a particularly interesting variable.
Our attempt was in every aspect as good the digitally-created reverb from the 480L.
Depending on the miking arrangement, the re-recording sounds more transparent and less tinged.
The sonic depth is more perceptible.
Sound selection is richer with respect to the miking arrangement.
The effort involved does temper the result to some extent: four people spent an entire morning preparing for the re-recording.
The 480L is certainly faster, only requiring the press of a few buttons.

Furthermore, the re-recording is also dependent on the reverberation time specific to the room. However, if this particular spatial acoustic is exactly what you’re looking for, and you have such a fantastic concert hall nearby, for certain projects with the appropriate budget the re-recording method can provide the final cherry on top.

Check for your online appointment