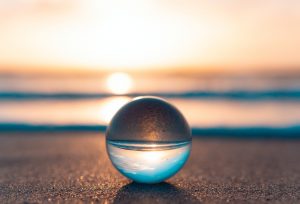 Hi, I’m Sarah. I absolved the preperatory course ‘Filmscoring and Production’ at Musicube Academy and now I am a second year student of Composition for Film and Theatre. In this blog I’m gonna share my personal experience as a student at ArtEZ in Arnhem.

Second year really is getting to me. I already heard that it is the year where you have to work most and as far as I can tell that is true. One of my teachers said:

I’m not sure if I agree on everything there but I get his point. The past weeks I said way too many times that the stress is too much and maybe a simple change in point of view would already help me a lot. I don’t know. I’m still figuring this out, but I definitely know for sure that I don’t want to live a life like now in the future.

Last week we had our last lesson in entrepreneurship and for that special occasion some alumni’s (people who studied at ArtEZ and are now in the music business) joined the lesson and we had the chance to ask them some questions. It was really nice to hear about their personal stories of their life after finishing their studies.

One guy, a guitarist said that after a while in the music business, he got really sick. He consulted some doctors but they couldn’t find anything. So, he decided to put the music aside for a while and to focus on his physical and mental health. He started to think about what he is eating and drinking, he started meditating and he also started doing Yoga.

He also traveled a lot to India and took the time to focus on deep health care not only on a quick fix. I think a lot of musicians at this point end up in a drug addiction because it seems way easier to sustain the way they lived before. For me it was really impressive that he made this decision and was able to change his life that drastically. He said it changed him as a person and also his music.

He used to play a lot of funk and jazz music but know he is more into drone music. So basically, playing over a long pedal note. It makes him enter a kind of meditative state. He also said it is now really easy for him to be in the moment and enjoy it.

There was another former student, a singer, who also experienced getting sick without any obvious reason. She also said she started meditating and for her it was the point in life where she realized she had to change something in your life.

Another former student, the composer in the group, said that studying Composition for Film and Theatre is not an excuse for not working on other projects alongside. He worked 12-14hours 7days a week for some time when he was studying. He said if you have more you should just sleep less. I really don’t agree with doing that and somehow I also think it is quite critical to recommend that to students but luckily we’re old enough to decide for ourselves what is good for us.

I know we are young now and maybe our bodies and minds can handle that, but this is not a way to live for a long time. A friend of mine, she is a teacher, just had a burnout and is now having a depression and this kind of behavior is definitely what caused that.

We have to care for ourselves cause it is our responsibility and nobody is gonna do it for us and when you’re down that road it’s so hard to get up again.

So, take good care of yourself!

All the best,
Sarah